An interface for the home (tribute to HAL 9000)

Each AI needs a face.

Meet Deep Face, the interface for our Smart Home system, nicknamed Deep Hal. The interface is a tribute to A Space Odyssey's HAL 9000. It has a single red eye, made out of of tiny particles. The particles float around, usually forming a clear eye, but also get excited about events going on in the house: when doors open or Alexa commands are given, the entropy goes up and the eye becomes more excited. The particles also take over the colours set to lights around him (her? it?), widens its pupil in reaction to sound, and reacts to touch by sending excited particles towards the touch point. Also, it'll look towards people by creepily tracking faces.

This artsy project is built with OpenFrameworks, a creative coding framework written in C++, with easy bindings to OpenGL, OpenCV, OSC, and many other C++ libraries. The source code is available at https://github.com/turiphro/deepFace.

I used this project as an introductory project into OpenFrameworks, but plan on extending the interface to give our home a clear identity, with eyes all around the house. Eventually, it should also be able to serve as an input into the system, which is now performed by an Alexa next to the Deep Face interface. 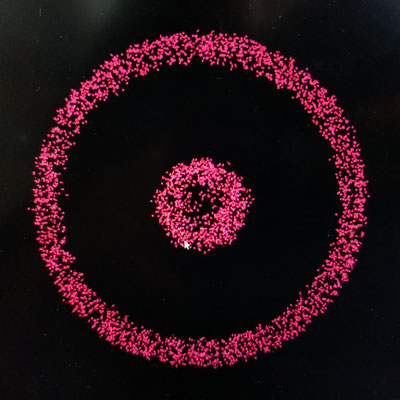 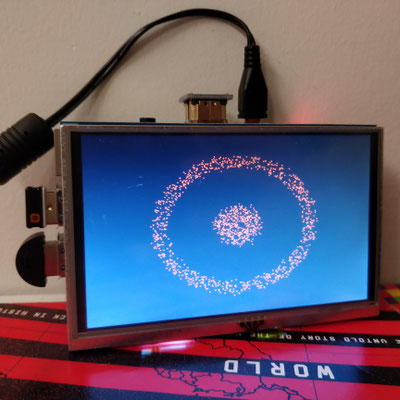 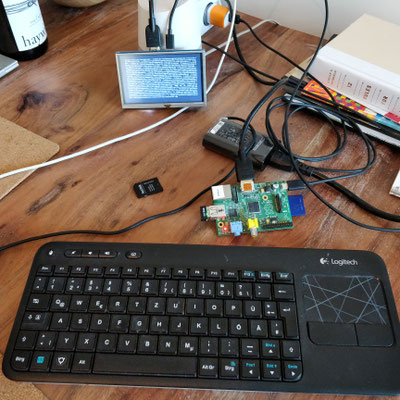