There are examples for both approaches individually, but I couldn't find a good example comparing both at the same time. Hence, I created a repository from scratch that contains the same example application twice:

The examples are meant to make it easy to compare both alternatives.

A common demo UI is provided (html/index.html) that allows switching between the two backends. Both versions use the same storage (a DynamoDB table) and share the same code (src/common.py). Wrappers are provided to handle the API Gateway events (Functions approach) or serve a simple Flask-based REST endpoint (Container approach). Deploying the stack will update the URLs in the demo UI (src/urls.js), which can be opend locally, or potentially be deployed to S3/CloudFront or elsewhere. 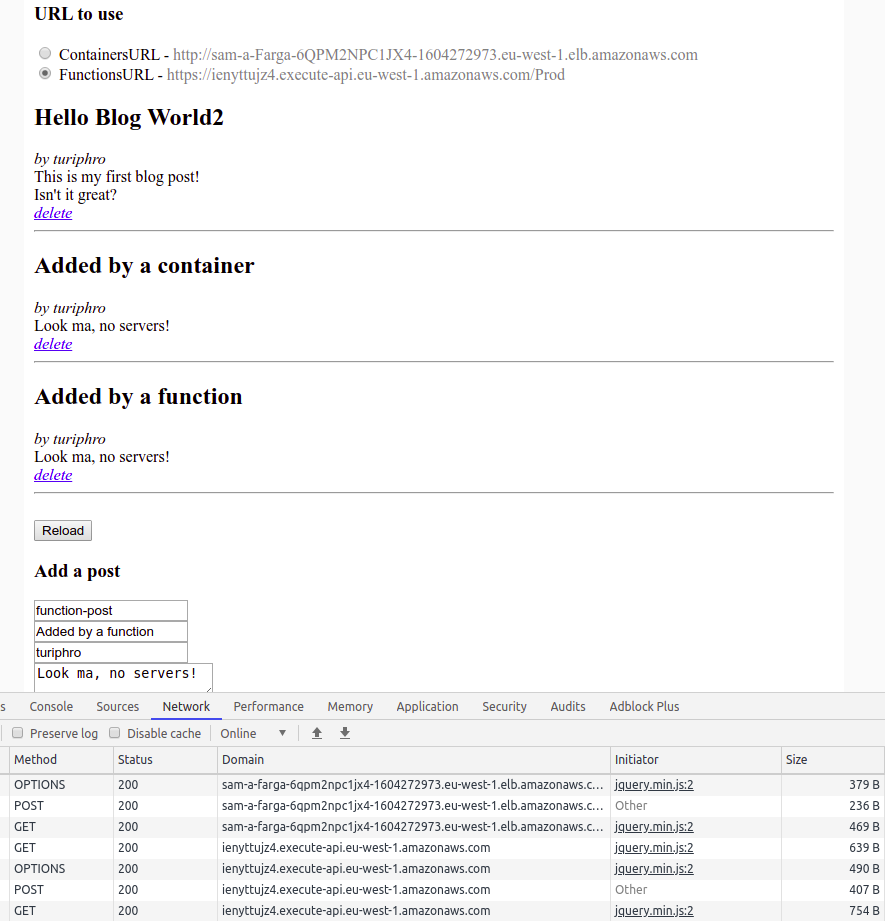 The full stack is defined in an AWS CloudFormation template (template.yaml), backed by AWS SAM. A full deployment includes a few additional steps, so a deployment script has been provided (deploy.sh). 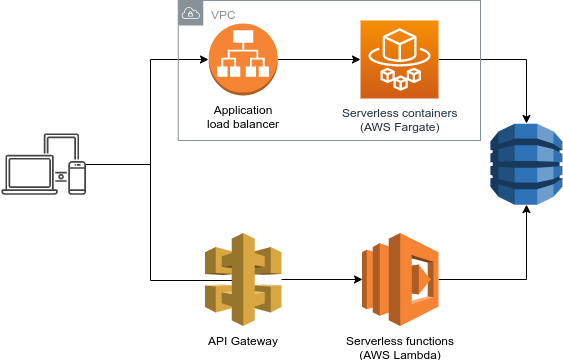 Note that this repo is meant as a demo, and the stack only includes the absolute minimum necessary to create a working app. This demo is not meant to be used as template for production-ready applications. The CloudFormation template includes some hints about missing resources and security good practices.

Some learnings from the process:

For details on how to deploy and test the application, have a look at the repository's readme: